As The Little Mermaid so perceptively noted, 1993 heralded a new dawn, the advent and widespread use of not only the internet, e-mail and personal computing but the beginning of a new way of life embedded with technology. For some, it was a blessing, for others it the end of a way of life cemented in centuries of tradition and routine.

Dank Parish devised a short play examining the Eternal September and the birth of the internet for all. The piece was set in the basement of Cardiff University where the site we now know as the Internet Movie Database (IMDB) was being built. The action follows two programmers and a computer which becomes self aware in sheer disgust that humanity can't distinguish one Baldwin brother from the next...

We were all a bit paranoid in 1999. Potential Catastrophe loomed..

The world is a big computer, and everyone knows that computers break. Alarms will chime, machines unwind, planes will fall from the sky. They  tried their hardest to make our lives comfortable- but, with the best of intentions, we made something that is definitely going to break. The world is going to fall apart.

In a dark underground bunker a small team try to alert society to the apocalyptic inevitability of the collapse of the world’s technological systems. A huge digital clock counts inexorably upwards to ‘00’, the event horizon, The End Of The World As We Know It. Over the series of weeks and months leading up to this, messages are broadcast to the outside world about how to survive the millennium meltdown, whist a single programmer races to fix the broken internet before the clock strikes midnight..

Following the introduction of the National Radio Awards, you are cordially invited to the inaugural broadcast of, "Looking for the One," which guides participants through a maze of complicated social rules in order to simplify the process of courtship.

At least, that's the official line; the truth is that the programme provides a manufactured environment for a controlled experiment. The test is based on Alan Turing's seminal paper on the topic of Artificial Intelligence, which considers the question, "Can machines think?"

One unwitting volunteer - our hopeful young suitor - will communicate through a series of messages with both a human, and with a computer. Based on their interaction, our chap must then decide which would make the most suitable companion.

It is often said that love is blind; does romanticism interfere with the recognition of logic in its purest form? We can only discover the truth if we give the game a go. 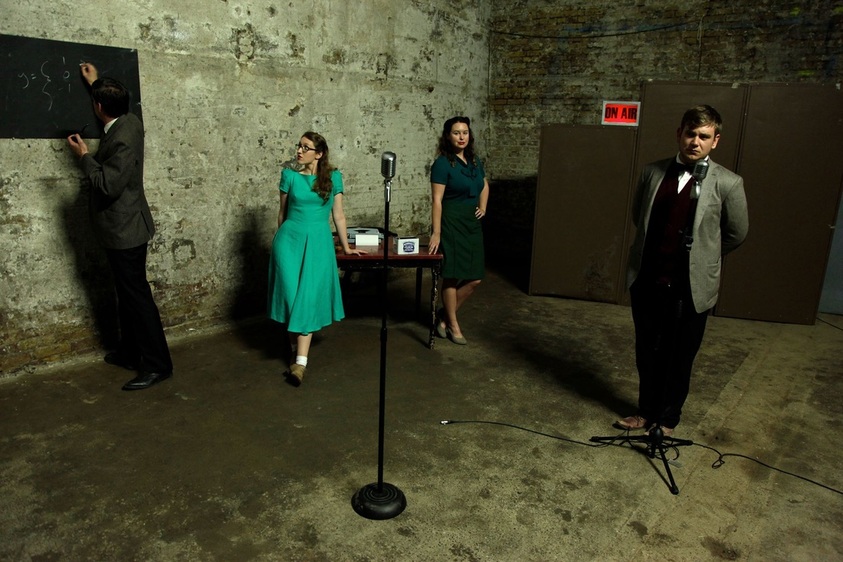